Home › Cryptocurrency › Bitcoin. › Via Medium: There Is A Coordinated Takedown of Bitcoin Happening

Via Medium: There Is A Coordinated Takedown of Bitcoin Happening

Why and by what proof?
I explain.

Enjoy and be well, Everyone.

There Is A Coordinated Takedown of Bitcoin Happening

And it won’t work.

After bitcoin hit the $50–60,000 range, along with the subsequent alt-coin pump that occurred, the crypto price market experienced a prolonged decline in prices that brings it to its present-day levels (with bitcoin in a $30–40,000 range.) The FUD (Fear Uncertainty Doubt) that came out and the state- and regulatory-level attacks that began and continue to this day are part of a coordinated effort to suppress prices, and either delay or stop the adoption of decentralized cryptocurrencies by the global populace.

As we have witnessed, the bombardment of negative news has had a considerable effect. The news of another China ban, India, Russia, and a few others following suit; Binance getting sucker-punched with bans, lawsuits, and regulatory roadblocks in multiple global jurisdictions; multiple agencies and banks in the United Kingdom restricting accessibility for companies and individuals to transact with those companies; officials and regulators coming out and stating that cryptocurrencies are “dangerous”; attacks on bitcoin mining and its energy usage getting amplified; reports coming from large financial institutions/banks that basically poo-poo bitcoin and/or cryptocurrencies in general- it’s a full-court press (which is basketball terminology describing a full-force, assertive defensive tactic on the entire court.)

And it will all fail.

First, we must ask the question, “Que Bono?” (who benefits?) Every single corporation, company, government agency and individuals connected to the entities that profit from the flow of trillions of dollars in the global economy (if you want a good snapshot of this, watch the documentary “The Spider’s Web: Britian’s Second Empire”– you’ll see how big it truly is.) The source of these profits stem from the rules that have been put into place over decades and even centuries of influence and collusion, and why would someone who is profiting from this system want to make changes that takes away their gains? Very few people are willing to kill a golden goose that they benefit from; hence the monetary system we have in place today.

When a system that runs on a decentralized protocol like bitcoin comes along, it presents a threat to this system and the people entrenched within it. By participating in the bitcoin network (which is 100% voluntary,) a person consents to the rules set by the software protocol (decentralized, distributed, peer-to-peer, trustless, and censorship-resistant.) Because the code is law and cannot be changed unless there is a consensus by the users to adopt a change, the platform serves as the ultimate judge. Bitcoin does not care who you are- everyone who access the network has equal rights of usage. And BECAUSE the currently-used global monetary system has such deep inequity within it, people are opting for a more honest network, like bitcoin.

The threat is that as more people opt into bitcoin, they are less dependent on the Old System. Value (money) then gets removed from the old system. The flow of money that vested interests in the Old System rely upon for their share of the take decreases. We are at the point in time that these old-money people recognize this and are acting solely in their interest to protect their golden goose (while at the same time, they are trying to devise ways to use this asset to earn skim from the flow of money moving into and out of this asset- just look at Wall Street firms and other financial entities adopting financial instruments that take advantage of this: futures, options contracts, custodial services, Trusts and ETFs, and the like,) which brings us to today.

The takedown of prices and enthusiasm is an attempt to 1) protect the old system by stunting interest, and therefore adoption, and 2) manipulate prices to garner profits from trading.

In its life, bitcoin has shown to go through a four year cycle that coincides with the halvening, the event where every 210,000 blocks (appx four years,) the mining reward for each new block added to the ledger is cut in half. This has the effect of slowing the inflation rate that bitcoin increases by and also reduces the availability of new bitcoin coming to market. The growing scarcity of new supply plus the inclusion of new users serves as a large force in driving up the price (basic supply and demand principles.) And as the price goes up, it brings more attention and more users. The new users help drive prices higher, and we then begin to see a self-sustaining cycle take hold. This recent explosion of FUD came out right in the middle phase of this current four-year cycle, which is typically an upswing phase for prices. If the news had not come out when it did, where would prices be? It’s hard to say, but if you wanted to stunt interest in something based on price alone, the timing was uncanny.

The second point about manipulating the price, for purposes of earning a buck, falls in line with the price action perfectly. I’ve read before how by releasing negative news or rumors to the right ears, or published in the right places, are enough to create negative momentum, similar to a snowball rolling down a hill and becoming an avalanche. If you had had short positions or puts on the price in place, you could cash out handsomely. And when a bottom is reached, you now have new entry points for upside bets. Regardless of the truth of the news, the prices are set based on a game of human psychology, and this is something you should never forget.

The big question from this recent manipulation is: will the price recover before this halvening phase is over, or will it hover in the $30–$40,000 range it is in now? Because this 50 percent decline in price took place in the middle of a cycle, does that mean that when we reach the end of this cycle that the bear market will be less severe or almost non-existent? To be seen.

I do know this: bitcoin will survive and continue to grow in adoption, for the reasons outlined early on: it is the most honest and democratic monetary network on Earth, and by the solidity of its code, it serves as a monetary ledger and store of value that people can use outside of the system of manipulated and privileged benefit. The price can be suppressed and influenced by shady actors, but the consistency and truth that it brings to a world desperate for those very things guarantees that bitcoin and what it represents will not be snuffed out- if anything, its growth will continue, (albeit just a bit slower.)

In the end, it is all inevitable. You do not change bitcoin. Bitcoin changes you. The sooner the guardians and beneficiaries of the old system recognize this, the better for everyone.

Get crypto-themed merch over at Teepublic

Earn Bitcoin, cash or gift cards while you shop using the Pei App

Earn bitcoin when you shop using the Fold app (including shopping on Amazon!)

Binance US is a great exchange to buy and sell cryptos

OPEN AN ACCOUNT WITH COINBASE AND GET $10 OF BITCOIN 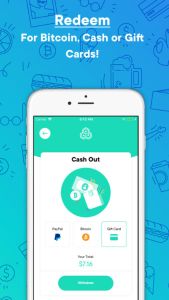 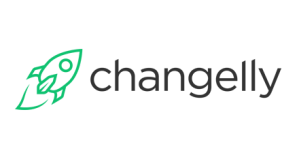