The Community of the Cryptospace – “Diary of an African Cryptocurrency Miner”

I wanted to share this story, because it’s not the first instance I’ve heard of where the cryptospace has provided an opportunity for someone, somewhere, in the world, and they’ve been able to better their lives by jumping into some aspect of it.  The beautiful thing is that it can be anyone, anywhere, including here.  And the cryptospace has within its DNA the traits of abundance and opportunity for anyone who wants to jump in and contribute.  It is a natural extension of the re-emerging (global) peer-to-peer economy.

Cryptos and the blockchain provide that protocol of trust to enable two strangers who only share a common interest to be able to send a secure means of value between one another, without interference and without a third party dictating the terms of the arrangment.  This is made possible because the blockchain that cryptos run on are 1) open (visible to everyone, aka accountability) and 2) distributed (on a decentralized network) and secure.  A crypto token has value because more than one person agrees that it has value.  As an example, bitcoin as of this writing crossed over the $7,000.00 price mark for the first time yesterday.  It is a bellweather of consensus among an ever-growing crowd of people.

Stories like this are only increasing.  You should be a part of it.

**Disclaimer: Before making any investment decisions involving money, always do your research and use your discernment before you commit. Any decision you make is all on you.**

“Diary of an African Cryptocurrency Miner”

Eugene Mutai’s Nairobi apartment is filled with the sound of money: That would be the hum of a phalanx of fans cooling the computers he’s programmed to mine cryptocurrencies around the clock.

The 28-year-old has given up a chunk of his living quarters to the enterprise. What’s more, he invests every spare cent in initial-coin offerings: fundraising tools some startups are using to crowdsource capital. He’s a proud citizen of a strange and controversial new world — and a rather rare breed, with just a high-school education and no formal training as a coder. That’s one thing he holds up as proof that cryptofinance isn’t the scam that a diversity of critics, from Jamie Dimon of JPMorgan Chase & Co. to Saudi Arabian Prince Alwaleed bin Talal, have suggested it is.

“The entire ecosystem could be the biggest wealth-distribution system ever,” Mutai said as his 2-year old daughter, Xena, named after the warrior princess, played with a tablet, swiping from app to app. In the world of internet-based currencies traded without interference from banks or regulators, “big players can’t deny anyone from participating in the financial system.”

For Mutai, the appeal is simple: It levels the playing field in global markets that don’t give people like him many breaks.

An opposing view is that what this young man is doing is wrong or stupid, sucking up massive amounts of electricity to create a software-fabricated asset that’s traded anonymously in a lottery criminals find irresistible.

So Mutai is either in the middle of a fraud, or a revolution. Whichever, the market has exploded — growing to $190 billion from just $17 billion at the start of the year. Hundreds of new digital tokens have sprung up as entrepreneurs started projects based on blockchain, the public bookkeeping technology that supports digital currencies, raising millions and even hundreds of millions of dollars in minutes. The value of bitcoin, the biggest of them all, has increased six-fold. And it’s about to go mainstream, with CME Group Inc.in Chicago planning to introduce bitcoin-futures trading contracts by the end of the year.

Cryptocurrencies are especially attractive in economies where there are restrictions on taking cash abroad, or people don’t have bank accounts, or the local currency is being trampled by inflation. That’s the case in Zimbabwe, for example, which is facing a liquidity crisis as inflation spirals: Bitcoin in the local Golix exchange has soared to more than $10,000, a 75 percent premium on global prices, as locals rush to it to protect savings.

In six of the largest African nations for which there is trading data in the online exchange Local Bitcoins, the average premium to the Bloomberg bitcoin index is 7 percent; the gap in major bitcoin trading hubs such as China, South Korea, Germany and the U.K. doesn’t surpass 3 percent. Mutai said he sees cryptocurrencies as safe because “local political issues don’t affect them” — something of note in Kenya, where after two elections within three months there’s still a stalemate over who is the rightful leader.

Just last year, Mutai hadn’t heard of bitcoin, which hardly makes him unusual. Neither does the fact that a decade ago he didn’t have access to a computer. He was interested in technology, though, and borrowed a friend’s Nokia Symbian S40, one of the first non-smartphones that could download apps. In between odd jobs in farming, herding sheep and ferrying people on his motorcycle, he taught himself the basics of HTML and CSS coding languages.

He was living at the time in his mother’s home village — they moved there from the city for his last year of high school, after his twin brother died and his mom lost her job — and was barely earning enough to survive. So he decided to move in with his uncle in Nairobi, who happened to have a desktop computer and a WiFi connection. “It was do or die,” he said.

Mutai spent four months glued to the computer, worrying his uncle, who at one point took the machine away. After mastering the mysteries of code, he landed a job as a programmer. He also became a consultant for the technology incubator iHub and for the Nairobi County government. By 2016, he was named Kenya’s top-ranked software developer by Git Awards, which bases its rankings on data from GitHub, a site where coders store and share their work.

Now Mutai works for Andela, which trains developers and engineers throughout Africa and connects them with companies including Microsoft Corp. His current contract is with Restaurant Brands International Inc., building an ordering app for Tim Hortons. He’s in the Kenyan middle class, a feat for a guy without a college degree.

But his opportunity for real wealth, Mutai figures, is in cryptocurrencies, which he can exchange for dollars or hold as an investment. His mining rig runs six 1080 Ti graphics cards. Maintenance is pretty low, as he wrote on his Facebook page: “It sits in my living room doing its thing all day every day with little or no supervision.”

At the moment, the rig churns out mainly digital coins called Zcash and LBRY Credits. Mutai said he’d like to increase production by plugging in two more graphics cards, but that will have to wait until he can upgrade the power supply to his apartment. As it is, his monthly electric bill is about $200, steep for a residence in Nairobi.

His initial-coin offerings investing takes more personal energy. “I do a lot of research,” Mutai said. “I feel like a small VC.”

Is he treading dangerous waters? Possibly, but he’s up for the gamble. “They say no-risk, no-return, and I’m willing to take the risk.”

(to get started with cryptos)

Follow Tiny Crypto Blog on WordPress.com
Processing…
Success! You're on the list.
Whoops! There was an error and we couldn't process your subscription. Please reload the page and try again. 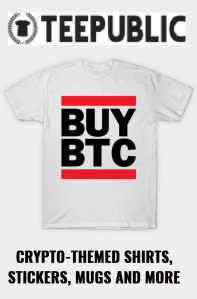